Even if Alan Tsai doesn’t pick up that coveted accent when he goes to Australia this fall (2012), studying abroad in the land down under is guaranteed to be an eye-opening experience for the future optometrist.

Yet traveling to the University of Sydney is not the first time this biology and seven-year optometry student jetted off to the South Pacific. Alan spent the summer after his junior year of high school in Taiwan, living with his uncle and interning at a government research facility. It was an experience that rocked his world, in more ways than one.

“In the middle of one night, I woke to the entire room rattling. The next day the news reported a big earthquake not far from where I lived,” says Alan. A few weeks later a major hurricane hit the region. When he wasn’t battling Mother Nature, Alan split his days between investigating cancer cells in mice and exploring the city of Taipei.

“It was really cool to apply what I learned in high school to a real research facility, and to begin to understand how those labs actually function,” says Alan. He adds the entire summer was a learning experience, not only from a scientific perspective, but in terms of traveling alone for the first time and immersing himself in a different culture. He did so by boosting his Mandarin, since his lab colleagues spoke a mixture of English and Chinese. “When I got home and talked with my parents in Mandarin, they were impressed, saying ‘Oh wow, you improved a lot.’”

In terms of the city’s culture, he says the preponderance of street vendors “made the experience.” “Each person has an individual store selling specialty items, from food to little toys,” he adds. And if he got homesick, all he had to do was walk to just about any corner, where he says you were guaranteed the familiar sight of at least one 7-Eleven. “They are completely different in Taiwan. You can do everything in those 7-Elevens, like pay your bills or do your laundry,” he recalls. 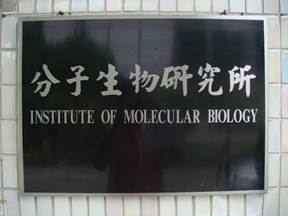 With a research experience under his belt before graduating high school, Alan was aptly positioned to begin weighing whether he’d be wearing a lab coat or doctor’s scrubs in his future career. “My dilemma was that I liked biology, but wasn’t sure if research was for me,” he explains. The answer came the summer after freshman year, when he shadowed an optometrist and got a taste for what goes on outside the confines of a lab. “This is the edge that most optometrist students miss out on,” he notes, saying he witnessed firsthand things he had only read about in textbooks, like retinal tears and cataracts. “I also loved the personal interaction with young people, old people, and everyone else who comes into the office.”

The seven-year optometry program is an articulation agreement between TCNJ and the State College of Optometry (SUNY) that allows students to earn their B.S. and O.D. degrees over the course of seven years. Though students must squeeze their undergraduate coursework into three years instead of the typical four, Alan is proof that study abroad within those confines is possible. By carefully planning his schedule, Alan will obtain course equivalency at the University of Sydney and flex his liberal learning wings with Australian history and photography courses. “After this summer I’ll be finished my core requirements, meaning I could budget my time a little more freely.”

According to Dr. Jon Stauff, Director of Global Studies, it is not uncommon for students to get the itch to travel again after studying abroad. “Alan’s case is unique in that he has sought out a research experience abroad on his own, and now he is following that up with a study abroad program at a prestigious university in Australia,” Stauff says.

“Australia and New Zealand are almost perfect in that their courses are usually worth one unit of credit each, so it’s easy to match four courses there to four courses here,” Stauff continues. “What a way to enter the international community of scientists…through Study Abroad!”