Up on the second floor of the Biology Building, you can find Dr. Tracy Kress on the move, teaching “Molecular 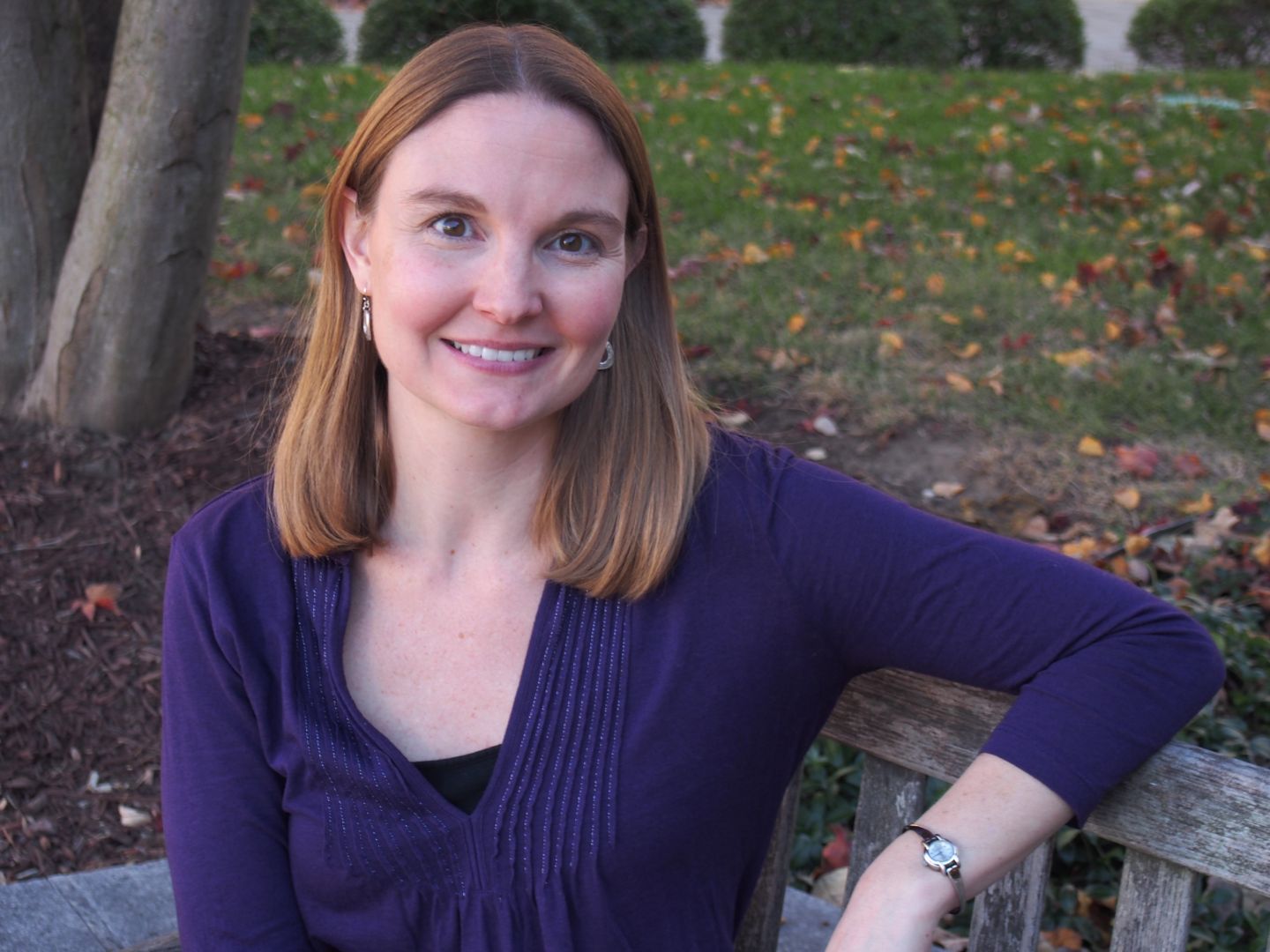 Biology of Gene Expression” in the classroom, meeting students in her office, and working in her research lab. This biology professor still makes sure she has the time to advise students in planning classes and their career goals.

“I wasn’t one of those students who started out in college knowing what they really wanted to do at the end of it,” explained Kress. “I knew that I liked biology and I liked solving problems so I thought that I might like doing research. I just wasn’t sure when I started college what kind of careers involved scientific research.”

For her undergraduate studies, Kress went to Rochester Institute of Technology (RIT) and graduated with a BA in Biotechnology. After graduating, she worked full-time at Wyeth Lederle Vaccines and Pediatrics, a pharmaceutical company that researched vaccines, in addition to teaching as an adjunct faculty member at RIT during the evenings.

It was during her experience as an adjunct that the future TCNJ professor realized, “Wow, this is what I want to do!” She decided teaching was her future, not working in industry, so she began applying to graduate schools. After about a year and a half working in industry, Kress went to Brown University for her PhD in Biology and then completed a postdoctoral fellowship at the University of California in San Francisco (UCSF), where her yeast lab budded.

“In graduate school I studied developmental biology,” said Kress. “I investigated how RNA molecules that are important for specifying the body plan are localized using frog eggs as a model system. I became fascinated with gene expression—in other words, how the information in our genes is used to direct the synthesis of proteins that carry out the functions in our cells. During my postdoctoral studies, I decided to switch to yeast because it is a great model organism for undergraduate students to work with.” She explained, “Yeast are single-cell organisms, but many of the genes in yeast are conserved in multi-cellular organisms, such as humans. So yeast is a really good simple model organism to use to investigate how cells can change what types of proteins they produce in order to deal with changes in their environment.”

“I had my heart set on getting a job at a liberal arts college,” the yeast biologist explained. In 2009, Kress joined TCNJ’s Biology Department, bringing along her yeast lab. Kress’s current research looks into the RNA assembly line, which is part of gene expression in cells. Gene expression is the process of taking a gene in the DNA, transcribing it into an RNA strand, and then translating that RNA strand into protein for the cells to use.

“My big overarching question is: how do cells regulate gene expression?” Kress stated. “DNA is used a as template to make an RNA. Once the RNA is produced it has to go through a series of chemical modifications such as capping, polyadenylation, and splicing, before it can be used to direct the synthesis of a protein.”

In her lab, Kress focuses on RNA splicing, which is the process of removing non-protein-coding parts of the RNA and putting together the coding parts, which will then be used to synthesize the protein. “The process of RNA splicing can generate different proteins from the same RNA molecule in alternative splicing,” added Kress.

“I’m interested in learning more about the proteins that carry out RNA splicing.” Kress continued, “but I am even more excited about investigating how the different steps in RNA processing are coordinated with the synthesis of RNA.”

Relating RNA processing to a car assembly line, Kress explained both have different steps, but these steps are not independent of one another. “While you are making a car, you can put on the doors while you are putting on the steering wheel, or the tires at the same time you are putting on the trunk. This helps increase the speed and efficiency of making the car, and allows for cross talk between the steps to ensure quality control. If the wheels aren’t put on properly, you can halt the production of the rest of the car until that step is fixed.” 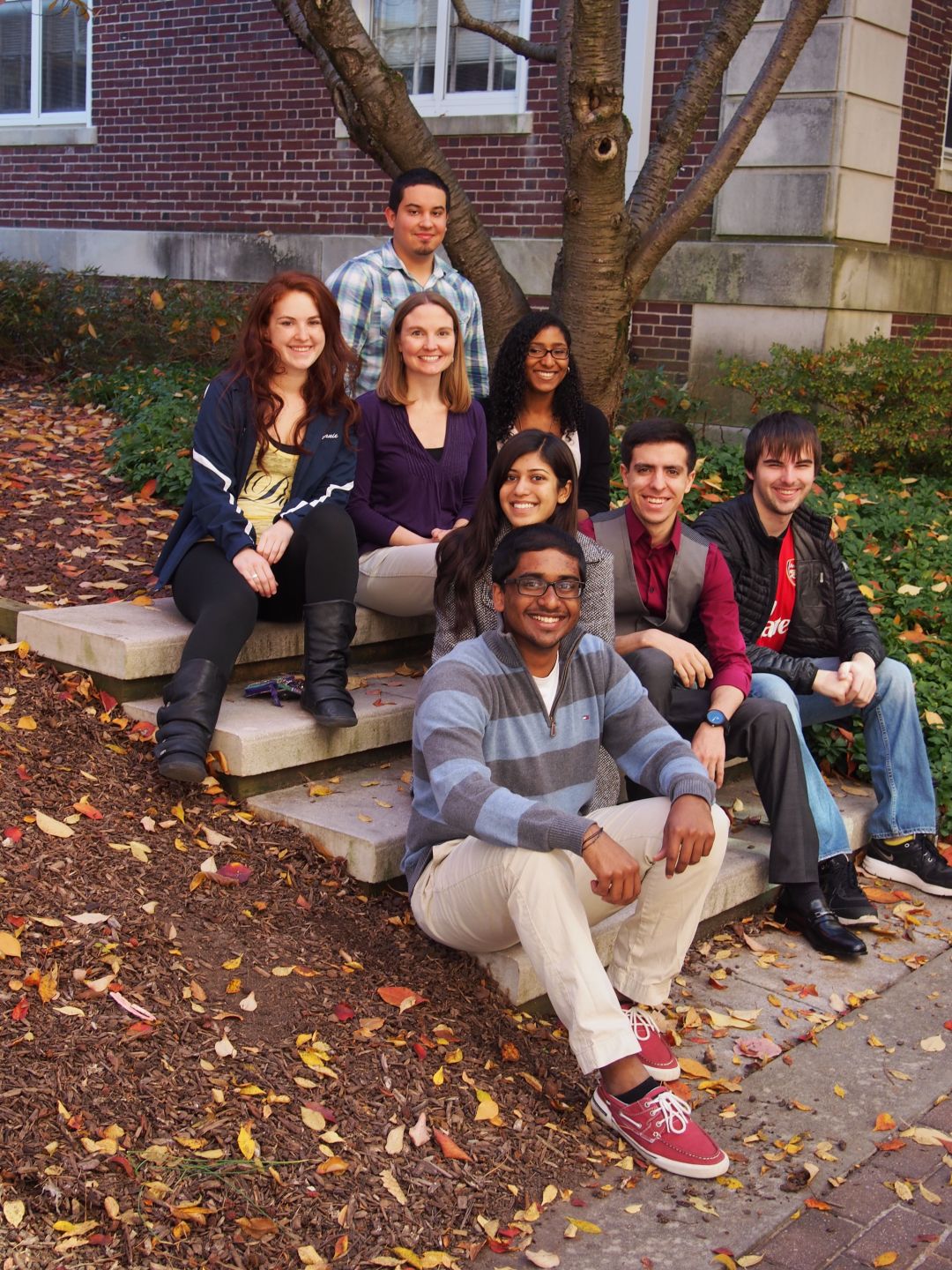 “I am interested in uncovering the mechanistic details of what I call the gene expression assembly line, in which the different steps of gene expression happen simultaneously and communicate with each other,” said Kress.

“I love working in the lab with students, showing them how to do things, teaching them new techniques, looking at data, being excited about results, and sometimes being frustrated and puzzled with unexpected results,” Kress explained with a laugh at the end.

Kress is not the only one who enjoys working with her students in her lab. “Working in a lab with her is great,” praised Stefanie Ucles (’15), a student enrolled in one of Kress’s classes as well as a member of her lab. “She is patient, kind, and is always willing to help any of her students out.”

“She promotes an environment conducive for academic success, as well as personal development,” said Ryan Moazamian (’14), another research student in her lab. “As a person, Dr. Kress is exceptionally caring towards both academia and personal life, setting forth an example of a figure interested in the well-being of students as a whole. She is a very funny and upbeat person who I love to sit and talk with, even if it isn’t about academia-related stuff.”

Not only does Kress enjoying her research lab, she said, “I’m really passionate about good advising and helping students figure out what they want to do with their lives.” She cited mentors, teachers, and advisors in her past helping her get to where she is today. “I feel very passionate about educating students on what their different options are, career-wise, and how to get there.”

Kress is also the faculty co-advisor of the GradS Club along with Dr. Luke Butler, where students interested in scientific research are encouraged and given support for applying to graduate school. She is also part of the Advising and Student Support Program Council that deals with academic advising on campus.

“She is a wonderful role model and mentor,” said Ucles. “She is able to balance work, spending time with her family, and everything else in between. She can do it all and she is definitely someone I look up to!”