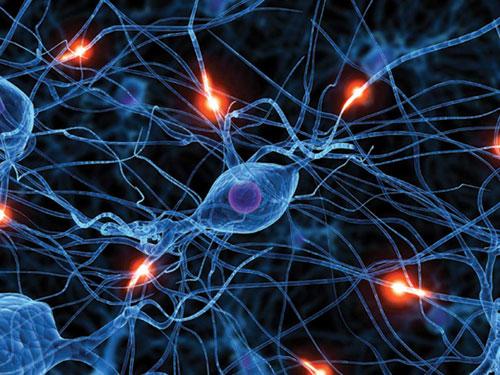 As a teenager heading off to college more than two decades ago, Ellen Deibert ’85 could not have predicted that she would one day be on the leading edge of any medical field, much less be counted a specialist in the complexities of brain trauma.

When she began her studies at then-Trenton State College, it was, somewhat improbably, as a physical education major.

“I had absolutely no hand-eye coordination. I ended up having to do extra credit—extra scouting duties at basketball games—because I couldn’t dribble with my left hand,” Deibert now laughs. “I didn’t want to do it at all. But I was on my high school gymnastics team and it was a way into college. I was a good student, but a horrible standardized test taker.”

Early on, however, she caught the attention of then-biology professor Joe Vena, “one of those somewhat strict, hard-to-approach professors, yet really knowledgeable,” who noted her interest in science and was able to discern her talent. He urged her on. He also dispensed the timely tough-love that kept her on track when, at the end of her senior year, she realized she was two credits short of the requirements to apply to medical school. Her ambition faltering, she began filling out applications for physical-therapy training.

“At that point, I just wanted to give up,” she recalled.

But Vena refused to recommend her. He told her bluntly, “This is not for you. Come back to me when you want a letter of recommendation for medical school.”

She quickly proved Vena’s instincts right with a string of accomplishments, including rising to chief neurology resident at Johns Hopkins Hospital a decade later.

Dr. Deibert now directs the traumatic brain injury clinic at Berkshire Medical Center in Pittsfield, MA, where emergency workers treat a steady flow of skiers who crash into trees, drivers who skid off roads, and high school football players who slam into each other. The lucky ones walk away from these accidents unscathed, while others are left coping with complications ranging from broken limbs to memory loss.

The patients who land in Dr. Deibert’s clinic, often facing long and painstaking recoveries, quickly learn that she is in the business of rebuilding not just their bodies, but their minds as well.

She said she is drawn to brain-trauma patients for the very reason many in her profession shy away—they require so much more than a scientist’s skillful diagnosis. Indeed, a physician must be willing to play many roles—detective, coach, psychotherapist—to fully understand and help these types of patients.

“Because everyone is an individual, every brain injury is different. In the more extreme cases, I need to learn who they were before the injury in comparison to who they are now,” she says.

She begins by listening and observing closely, having learned that outward health can mask inner deficits, while glaring injuries can conceal hidden abilities. There was the brain aneurysm survivor, for example, who chatted amiably with her as she drew his blood and then stunned her two minutes later, after she left the room and returned, by asking, “Do I know you?”

“He looked alert, fabulous,” she said. “But it was clear to me that he had problems with his memory.”

And there was the young man who toppled from a banister on an upper staircase in his house and emerged from a coma three months later to what seemed a bleak, wheelchair-bound future: with spasms in every limb, drooling, and for all appearances, disengaged from his surroundings. But when the man spoke knowledgeably to Dr. Deibert about the 2000 presidential campaign, then underway, it was clear that he had been keeping up with the outside world via the television in his long-term care facility. “It made me realize how many neurological cases fall through the cracks, because the patients receive no follow-up cognitive assessment,” said Dr. Deibert, adding, “The worst outcome is for the people around them to simply give up. Sometimes the patients get depressed, and their families do, too.”

The man who fell from the stairwell is now married, owns a business, and drives a car with a stick shift. These triumphs follow several years of rehabilitation, however, involving splints and injections of botox to stretch out his muscles, as well as cognitive therapy to develop tools to aid his memory and attention span.

Dr. Deibert spent years in academic training before taking a position as a staff neurologist at a community hospital in the Berkshires. Following medical school at Temple University, she completed her residency in neurology at Johns Hopkins, a leading research institution that gave her a bedside view of such rare disorders as ALS, more commonly known as Lou Gehrig’s disease.

She then completed successive fellowships in neurological intensive care and neurorehabilitation at Washington University School of Medicine in St. Louis, one of the few clinical schools at the time to offer these programs. She worked in the neurointensive care unit and was in charge of the brain injury program at the rehabilitation center, allowing her to observe and care for patients from the moment they were injured until they were ready to leave the hospital. She also taught medical school students.

“Ultimately, I decided that I didn’t want to spend the rest of my life in a lab or writing grants, however, which meant leaving academics,” said Dr. Deibert, “I wanted to use what I had learned about brain injury patients and apply it at the community level.”

Each year, around 180 people are admitted to Berkshire Medical Center’s trauma service with head injuries, while an even larger number—about 660—are treated in the emergency department for concussions. Some patients require fairly simple treatment, such as medication for headaches or sleeping disorders. The more severely injured, however, may need outpatient cognitive rehabilitation, conducted in one-on-one sessions with specialized therapists. These individualized treatment plans focus on the cognitive abilities impaired by the brain injury, such as memory, attention, concentration, and language.

As Dr. Deibert put it, “It’s like being 35 years old and all of a sudden having a learning disability.”

By using devices such as Palm Pilots and timers, trauma survivors can learn to work around memory lapses. “And for people who become over-stimulated, we give them advice such as avoiding the grocery store at busy times or choosing smaller stores, and making clear lists that match the aisles in the stores,” she said.

Better reporting of head traumas, as well as updated clinical guidelines that no longer emphasize loss of consciousness in diagnosing concussions, have led to a fuller grasp of the prevalence of these injuries. They are much more common than previously known. A decade ago, only about 300,000 concussions were reported each year, while recent estimates from the federal Centers for Disease Control and Prevention (CDC) put the yearly figure closer to 3.8 million.

Advances in medical technology, including tests that allow researchers to study the brain while it is performing tasks such as using language, have given doctors a clearer understanding of how head injuries affect people, Dr. Deibert noted, adding, “Based on clinical research, we know so much more than we did five years ago, and what we’ll know five years from now is expected to be exponentially greater. The field is in transition.”

She also works closely with student athletes and their coaches to prevent serious injuries by helping them learn to spot and seek treatment for concussions as they occur. Armed with informational kits developed by the CDC, coaches in her region are trained to take athletes off the field if they seem at all foggy, and to assess the need for follow-up care. 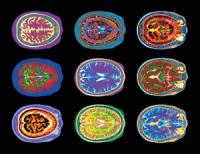 What is at risk for these athletes are cognitive problems with concentration, attention, and short-term memory, which can go unrecognized,” Dr. Deibert said, adding that “frontal lobe injuries sustained in head traumas can lead to behavioral problems. They can look like psychiatric problems, misdiagnosed as bipolar disorder, but they’re really organic problems stemming from the brain injury.”

She notes that two former high school football players in her clinic, who sustained several concussions on the field, are now managing their college classes with the help of speech therapists and other tutors. Effects can be cumulative, she said, if concussions are not managed appropriately from the beginning. Berkshire Health Systems is supporting her concussion program by sponsoring baseline cognitive testing in the local public schools. The computer test ImPACT, developed by researchers at the University of Pittsburgh, allows physicians to measure and compare brain functioning such as reaction times and retention ability before and after a student has suffered a concussion. The test is taken at the high school and stored on a Web site, where Dr. Deibert can access the scores when an athlete is injured. So far, 630 students in the region have taken it since she began administering it a year ago.

“It’s nice to have a baseline, especially for athletes with more complex issues such as ADD (Attention Deficit Disorder) or a learning disability” she said. “It can be sobering for everyone in the room when you show the athletes and their families the change in scores from baseline to post-concussion. It shifts the emphasis from the sport back to the patient.”

She now notes—with a touch of irony—that the physical education classes she struggled through at the beginning of her professional journey have come in handy after all.

“I now use that knowledge, because I deal with athletes,” she said. “It really means something to the kids that the doctor actually understands what the job of a specific position is.”