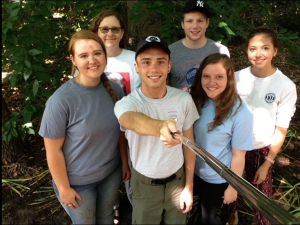 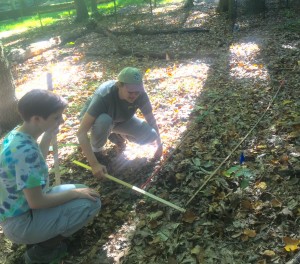 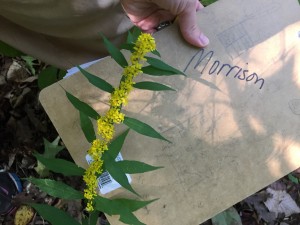 This is a project funded by the National Science Foundation Ecology program (DEB1257833, March 2013 – Present)

Biological invasion by non-native plant species and its impact on the resident plant community is a complex, multifactorial process that begs for a conceptual framework approach. The proposed study puts into one interconnected system the experimental effects from two co-occurring, dominant invasive species: Alliaria petiolata (ALPE, garlic mustard) and Microstegium vimineum (MIVI, Japanese stilt-grass) on the resident herb layer community of suburban forests – and on each other’s demography and invasion. It also includes effects from generalist herbivory by overabundant deer on both species’ invasion processes and on the plant community. This is a multi-year field experiment in 6 forests, with 40 16-m² plots in each. After a year of baseline data collection, half were fenced to exclude deer, and crossed with an invasive seed addition treatment (NONE, ALPE, MIVI, or ALPE+MIVI), which started small stands that develop on their own in the plots. Community variables (richness, cover, woody plant growth, invasive cover), demographic measurements on the two invasive plant species, deer pressure, and key environmental variables are measured each season by teams of undergraduate researchers. The six forests are similar but span a range of deer pressures. 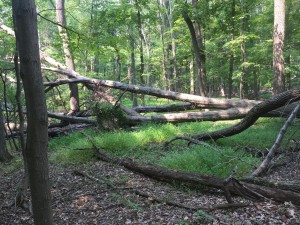 The study is taking place in central New Jersey (Mercer County), at the heart of the suburban/exurban matrix, with deer densities estimated at 30/km². The area is a typical urbanizing landscape 60 km from Philadelphia and 95 km from New York City. The research is being conducted on six properties controlled by two of the area’s most important land owners/managers, Mercer County Department of Parks and Friends of Hopewell Valley Open Space. 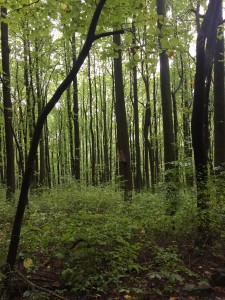 Each forest site has the following requirements:

1) Sufficient size to accommodate the 40 plots;

2) ALPE and MIVI present, but with non-invaded areas for the experiment;

5) Contribution to a range of ambient deer pressure;

7) A diverse mixture of native species in the herb layer.

We chose 12 forests initially that met criteria 1-4, collected data for criteria 5-7 in those 12 forests, and identified the final 6 study forests.We are interested in how deer pressure interacts with the invasive species effects, so I selected forests with a range of ambient deer pressure, measured by browse along 300 m of transects, foliage coverage by native shrubs at 40 points/forest, deer pellet fecal accumulation rate (FAR), and hunting history.

(All co-authors were TCNJ undergraduate students) 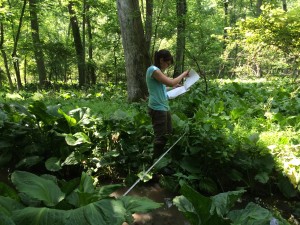 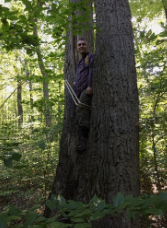 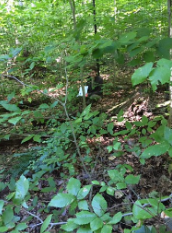