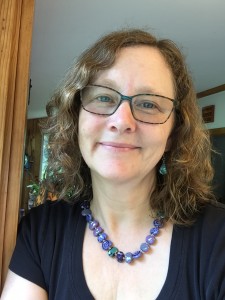 I was the Forest Ecologist at the NYBG from 1994-1996, before I joined the biology faculty at The College of New Jersey. I was charged with continuing research on hemlock decline (due to hemlock woolly adelgid) in the urban NYBG forest, a 16 ha old growth woodland on the grounds of the NYBG in the Bronx, New York City. I also initiated two other research projects and was a founding member of the New York Forest Ecosystem Council, a group dedicated to ecological research and management in the woodlands of the metro region. My experiences at the NYBG inspired my deep interest in  plant ecology within human-dominated landscapes.

Ecologists at the NYBG and the Institute for Ecosystem Studies pioneered the use of urban-rural gradient studies to understand the effect of cities on ecosystem function in forests. I took the same approach to investigate biotic interactions, including between eastern hemlock and hemlock woolly adelgid, dogwood trees and dogwood anthracnose disease, and the invasive plant garlic mustard and white-tailed deer. See more about the dogwood work on the Plant-Pathogens Interactions page (Plant-Pathogens Interactions), and more about garlic mustard on the Deer X Invasives2 page (Deer X Invasives2).

Morrison, J.A.  1996. Response of native and non-native urban forest vegetation to disturbance caused by the hemlock woolly adelgid
In a 16 ha forest in New York City hemlock mortality is high due to the introduced hemlock woolly adelgid. To assess the effect of canopy disturbance on the forest floor plant community, circular plots of radius 2m were established beneath 76 canopy hemlocks categorized in one of four stages of decline (good, fair, dead but standing, dead and fallen). Data were collected on seed rain, seed bank, and standing vegetation. Some results from the 1995 vegetation and seed rain data are reported. Mean species richness of vegetation for all plots was 9.8, with a mean of  84% native. Mean number of stems (abundance) was 503, with a mean of  88% native. Mean Simpson’s diversity index of vegetation for all plots and species was  2.35, and for just native species it was 2.10. Variation among plots, even within disturbance classes, was high. Plots under hemlocks that were starting to decline (fair) had the greatest plant abundance and the highest proportion of native stems and native species. Plots under standing dead hemlocks had the highest diversity for all plants and for natives alone. One non-native tree of concern in urban forests is Phellodendron amurense; it was most abundant under standing dead hemlocks and least abundant under trees in good condition. Native woody species that were most successful dispersing seed to the plots were less successful recruiting juveniles, while the non-native invasive species most successful dispersing seeds were also very successful in recruitment. Thus non-native species pose a potential threat to the native biodiversity of this urban forest remnant that is undergoing change due to disturbance from an alien pest.

In a 16 ha old-growth hardwood-hemlock forest at the New York Botanical Garden hemlock mortality is high due to the introduced hemlock woolly adelgid. Already there is increased light in the forest, and as the hemlocks fall disturbance will increase. I began a study to determine the potential threat to native plant biodiversity from the many non-native species present in this urban forest. I established 79 circular plots of radius 2m under hemlocks at various stages of decline, and collected data on the standing vegetation, the seed bank, and seed rain. Non-native species were a major component of  all three stages and so pose a threat to the forest as the hemlock disturbance progresses. Of the 15 most abundant species dispersing seeds under the dying hemlocks, four were non-native invasives: Aralia elata, Phellodendron amurense, Polygonum cuspidatum, Ailanthus altissima. Of the 15 most abundant stems in the plots, five were non-native invasives: A. elata, Alliaria petiolata, P. amurense, P. cuspidatum, and Acer platanoides (likely). Plots had a mean of 19% nonnative species present in the current vegetation. Pro-active management of these species before they become a serious problem is needed in order to prevent the need for intensive native plant restoration in the future.